Paleontology and Paleoanthropology related Philatelic items of the year 2016

Dinosaurs and other prehistoric animals, fossils, fossil-found places, paleontologists and contributors to Paleontology and Paleoanthropology science as well as Natural History Museums on stamps, postmarks and postal stationeries issued in 2016

Click on image to enlarge it or to be redirected to description page. Stamps on grey background are Undesired stamps

If you know about any other Philatelic item related to Paleontology or Paleoanthropology, issued this year which is not mentioned below, please inform me .

[2] Two ammonites depicting on margins of "Shells" souvenir sheet.
[3] was planned on 31.01.2016, but appeared on the market in middle of July.
[4] In the middle of 2016 Stamperija came with "Special offer of various BURUNDI delux", these Delux-Sheets shows the same designs as Burundi's stamps issued between 2011 and 2014 when the country was a client of the company. Distinguished from the original stamps these Sheets not arrived post offices in the country.
[5] Extra issue, not Gorham's Cave is a natural sea cave in Gibraltar, considered to be one of the last known habitations of the Neanderthals in Europe. Gorham's Cave gives its name to the Gorham's Cave Complex, which is a combination of four distinct caves of such importance that they are combined into a UNESCO World Heritage Site. Some Neanderthals are depicting on stamp with face value of 80p.
[6] Megolaceros giganteus shown on the block. Megaloceros is an extinct genus of deer whose members lived throughout Eurasia from the late Pliocene to the Late Pleistocene and were important herbivores during the Ice Ages. The largest species, Megaloceros giganteus, vernacularly known as the "Irish Elk" or "Giant elk", is also the best known.
Dolichopithecus ruscinensis is prehistoric monkey from Pliocene period ( 5.333 million to 2.58 million years ago )

Note: This stamps issued by not recognized self-governed or disputed territories, it can be used inside of the territories and in some cases even for international mails.
However, according to FIP regulations, issues of countries who is not recognized by the UPU is not allowed to be used at exhibitions organized or sponsored by FIP. The FIP recommends to collectors avoid these stamps at their collections.

[L1] Original stamp of Giganotosaurus is misspelled on the original issue, where it called Gigantosaurus. Three months after the issue, Post Authority of not recognized teritorry, Transnitria, corrected the mistake.


Some personalized stamps directly related to Paleontology or Paleoanthropology: prehistoric animals, human ancestors and its fossils

[PS1] This sheetlet issued on May 19 to 22 at Paris by Phil@poste for the French Federation of Philatelic Associations (FFAP) during the stamp show "La passion du timbre : Paris-Philex" and the 89th Congress of the FFAP. The stamp is a personalized one (1st national domestic rate); Dinosaur skeleton, perhaps T. rex, a gasteropod fossil from the Tertiary (Turitella sp.), a cut amethyst crystal and the Buffon's statue (located in the botanical garden of the Natural History Museum at Paris) are on the margin.

[PS2] Personalized stamps of Naturalis Biodeversity Center issued to commemorate "T rex in town" event that take place between September 10 and June 2017. The first ever full T rex skeleton of Netherlands shown to public on September 10 2016 in the museum in Leiden.

[A1] The dagger (face value: CHF 1.00) was made of flint, prehistoric man’s steel, in the Neolithic period (4th century B.C.). Experts assume that it was imported from Monti Lessini at Lake Garda by people belonging to the Horgen culture who lived on the Schellenberg-Borscht site. The lancet-shaped blade which has a broken-off tip is eleven centimetres long and the organic handle is missing. The dagger is important evidence of the trade relations that were conducted over long distances by the Neolithic inhabitants of the Alpine Rhine Valley.

The warrah was the Falklands only native land mammal – its existence in isolation on the Islands fascinated Charles Darwin (Darwin and a warrah depicting on stamp Falklands island in 1982 and 2009 ) and to this day remains something of an enigma. Darwin noted the warrah’s lack of fear of humans and predicted that it would become extinct once settlement was established. He was right, and the last known warrah was shot at Shallow Bay on West Falkland in 1876. Only a handful of warrah specimens exist worldwide and until recently there were no remains held in the Falklands. However, in 2010, Dale Evans (then 13 years old) discovered bones on his parents’ farm and DNA testing later confirmed these as warrah. Carbon-dating has shown that the bones are at least 1,000 years old, making them the oldest known remains of the species.

[A3] The Moselle is a river flowing through France, Luxembourg, and Germany. It is a left tributary of the Rhine, which it joins at Koblenz. A small part of Belgium is also drained by the Moselle through the Sauer and the Our. The Moselle "twists and turns its way between Trier and Koblenz along one of Germany's most beautiful river valleys." It flows through a region that has been influenced by mankind since it was first cultivated by the Romans. Today, its hillsides are covered by terraced vineyards where "some of the best Rieslings grow", and numerous ruined castles dominate the hilltops above wine villages and towns that line the riverbanks. Traben-Trarbach with its art nouveau architecture and Bernkastel-Kues with its traditional market square are two of the many popular tourist attractions on the Moselle river. The present source region of the Moselle, were formed about 50 million years ago. In the Miocene and Pliocene epochs the ancient Moselle (Urmosel) was already a tributary of the ancient Rhine (Ur-Rhein). When, in the Quaternary period, the Rhenish Massif slowly rose, the meanders of the Moselle were formed between the Trier Valley and the Neuwied Basin. Quite some small marine fossils are found in the region

museum dedicated to prehistoric and indigenous cultures, the first museum to contain a prehistoric site and eco-park in the premises, and the first national museum built on the east coast of Taiwan. There are at least two permanent exhibitions that feet to our topic: The Ice Age and Human Evolution

[A5] This year EUROPA stamps issued with the common topic "Ecology in Europe - Think Green". All countries participated in the project issued a stamp with the same design. Some countries issued one more stamp with their original design. Human evolution shown on two such stamp.

Estonia: "On the stamp the artist shows that work made man from the ape, but what man has done with his wisdom…? In addition to human development and factories with smoking chimneys the stamp features the world’s first affordable and thus mass produced car, Ford Model T"
Serbia has added a stamp with human evolution before a recycle bin to sign the fact the human evolution resulted in a polluted environment.

[A6] On May 27 2016, Stamperija issued 18 Mini Sheets for Sierra Leone with the common subject "National Parks". Two of them shows East African Rift Valley, the Olduvai Gorge and the Turkana Lake on the map. All these places are well known ass prehistoric human fossils found places.

[A8] The stamp image is a photograph by Richard McGuire of the interior of the caverns. High ancient sea ledges, deep rocky canyons, flowering cacti and desert wildlife are all treasures above and below the Chihuahuan Desert ground. Carlsbad Cavern is one of more than 300 limestone caves in a fossil reef laid down by an inland sea 240 million to 280 million years ago.
The rocks and fossils of Carlsbad Caverns National Park tell a story of the area during the Permian Period (286 – 230 million years before present) when the landscape was dramatically different from what we see today. Carlsbad Caverns National Park contains some of the world’s best examples of marine fossils from the Permian period of earth’s history. The Permian period of geologic history began without a great deal of environmental change from the preceding Carboniferous period. The Carboniferous/Permian rock boundary is marked only by the appearance in the fossil record of a new genus of single - celled fusulinids and a new plant genus. In general, the land and marine life from the late Carboniferous to the early Permian periods were quite similar. However, by the end of the Permian period, the earth had experienced monumental changes in its geography, climate, and terrestrial and ocean life. More info is here. 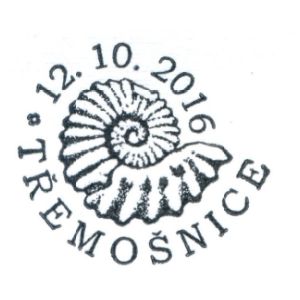 [A9] Iron Mountains are the key to geological history of central Europe. Proterozoic gneisses and volcanosedimentary complexes (subaerial and submari ne volcanism) are present. The earliest life forms have been found – stromatolites. The Paleozoic comprises Cambrian siltstones, Ordovician quartzites, Silurian shales, Devonian limestones and Carboniferous sediments. Rare fossils include trilobite and graptolite fauna. The third oldest ichnofossil of Zoophycos type in the world has been reported. The Mesozoic (Upper Cretaceous) sedimentary cover h as a unique development, with abundant fauna and flora. Sandstones and spiculitic marlstones provide excellent conditions for groundwater accumulation. Tertiary rocks are represented by basalt enclosing olivine-rich xenoliths. Geological story of the area is completed by Quaternary loess and sandy gravel. Over a hundred geosites have been described from this area. The above facts became grounds for listing the Iron Mountains as a National Geopark. More info is here. Fossilized ammonite depicting on a postmark used fro FDC.

An illegal stamp is defined by the Universal Postal Union (UPU) as a stamp that carries the name of a legitimate country or territory but was not produced or printed by the postal administration of that country and is not valid for postage anywhere in the world.

[F1] Dansolihon is a place with a very small population in the province of Cagayan de Oro, Philippines which is located in the continent/region of Asia.

[C1] On 6th Januar 2016 Post of Czech Republic made commemorative sheet with stamp of Kaspar Maria von Sternberg (1761-1838) "Father of Paleobotany" from 2011 and the commemorative postmark.
[C2] Fossil of cave bear from FDC of "MAMMAL FOSSILS IN SLOVENIA" stamp of Slovenia.
[C3] Dinosaur footprints from FDC of "Dinos of Canada" stamps set of Canada.
[C4] Prehistoric plant from FDC of "Hungary’s Geological Treasures" stamps set of Hungary.
[C5] Flint tool and fossil of small goat, exactly as depicting on "Centenary of excavations at exotic Garden Cave" stamp of Monaco.

[C7] Skull of "The lion of Dramalj" - Panthera leo fossilis from FDC of "Paleontology" stamps set of Croatia.
[C8] Stylized outline from a part of the Pangaea, the only ancient continent, connected with South America and Africa from FDC of "Geopark Araripe" stamp from Brazil.

[P1] Lev Semyonovich Berg (March 14, 1876, Bender – December 24, 1950) was a leading Soviet geographer, biologist and ichthyologist who served as President of the Soviet Geographical Society between 1940 and 1950. He also developed his own evolutionary theory (Nomogenesis) as opposed to the theories of Darwin and Lamarck. Studied both modern and prehistoric fishes, one of his most famous publication is "Classification of fishes, both recent and fossil" (1940). 1934-1950 - Director of the Laboratory of fossil fish of the Zoological Institute of the USSR in Leningrad More info is on Wikipedia