Paleontology Museums, research institutes on stamp and other philatelic items 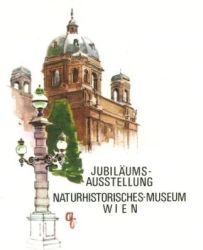 The Museum of Natural History Vienna is among the largest of its kind and one of the most important museums in Europe. In 39 exhibition halls thousands of objects representing the earth and life sciences convey an impression of the breathtaking diversity of nature. Precious minerals, rare fossils, huge dinosaurs and unique prehistoric findings, such as the famous Venus of Willendorf, are presented on the mezzanine level. The first floor is dedicated to the immense variety of animal life.

Behind the scenes collections comprising some 25 million specimens and artefacts are the essential basis for the work of over 60 staff scientists. Their main fields of research cover a wide range of topics from the origins of our solar system and the evolution of animals and plants to human evolution, as well as prehistoric traditions and customs. Guided tours, presentations, and workshops on a variety of themes are offered regularly. These events not only provide insight into interesting and surprising natural phenomena, but also deal with the fascinating results of scientific research.

The Royal Belgian Institute of Natural Sciences is a museum in the Belgian capital of Brussels dedicated to natural history. Its most important pieces are 30 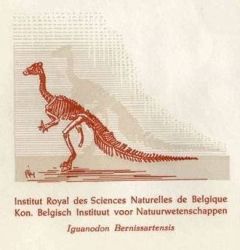 fossilized Iguanodon skeletons, which were discovered in 1878 in Bernissart. The dinosaur hall of the museum is the world's largest museum hall completely dedicated to dinosaurs. Another famous piece is the Ishango bone, which was discovered in 1960 by Jean de Heinzelin de Braucourt.
Like in most museums, there is a research department and a public exhibit department. The museum was founded on 31 March 1846 as a descendant of the Muse de Bruxelles of 1802. It was based on the collection established by Prince Charles Alexander of Lorraine, which dated from the 18th century. Bernard du Bus de Gisignies, became the first director of the museum in 1846. On this occasion he donated 2474 birds from his own collection to the museum. In 1860, during the construction of new fortifications around Antwerp, several fossils were found which were mainly from whales. The museum also obtained the skeletons from a
bowhead whale (Balaena mysticetus) and a young Blue Whale (Balaenoptera musculus), which are still on display in the museum. In 1860 the skeleton of a ammoth was found near Lier and was brought to the museum (on display since 1869). At that time the only other skeleton of a mammoth was on display in the museum of Saint Petersburg (Russia). In 1878, the largest find of Iguanodon fossils to date occurred in a coal mine at Bernissart in Belgium. At least 38 Iguanodon individuals were uncovered, of which 30 are on display since 1882.
Since 2007, a completely renovated and enlarged dinosaur hall (the Janlet wing) of 4580 m is the largest dinosaur hall in the world.

The Tianjin Natural History Museum, located at the west end of the Machang Road, was set up in 1914 by a French missionary and opened in 1927, with the previous name as Beijiang Museum. It got the present name in 1957.
The museum is specialized in collections of paleontology and paleo-anthropology fossils. Specimens total 380,000, and the key collections show the paleontology group in the late period of Chinese Cenozoic Era, including fossils of ancient mammals excavated from the Yushe Basin of Shanxi Province, the Qingyang Basin of Gansu Province, the Yang Yuanni Basin of Hebei Province and the Inner Mongolia -- the abundance of paleontology groups of the four places are rare worldwide, which are important references for researches on the evolvement of amniotes.
The museum features four basic displays of Animal, Paleontology, Plants and Paleo-anthropology fossils, containing ancient reptiles and mammals, animal ecology, insects and aquatic organisms.

Museum Geology, as one of the technical Unit Executor Body Research environment and Development of Energy and of Mineral Resources, Departmental of Energy and of Mineral Resources, in this time have immeasurable of collection of rock type, mineral, fossil, and some artifacts from entire continent region archipelago of Indonesia. Looked into the aspect of collect, Museum Geology represent complete and biggest museum in South-East Asia. The Collection archives, kept, and documented with system of computerized; noted around 250.000 rock sample and mineral and also 60.000 fossil from various age and type.

The National Museum of Nature and Science (NMNS) founded in 1877, the Museum boasts one of the richest histories of any museum in Japan. It is Japan's 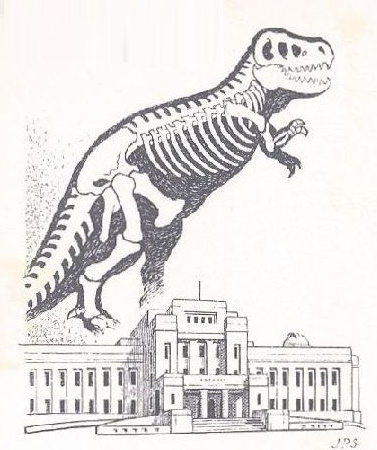 only nationally administered science museum, and is a central institute for research in natural history and history of science and technology. Also serve as a guardian of a valuable collection of over 4 million specimens. Utilizing collections and research results, the Museum presents many exhibitions. In fiscal 2010, we welcomed over 1.8 million visitors at the Ueno District, Tsukuba Botanical Garden and Institute for Nature Study.

The mission of the National Museum of Nature and Science is to deepen the public appreciation of the earth, life, science and technology, and to encourage people to think about how humankind, the natural world, and science and technology should best relate to each other. The Museum fulfill this mission in two ways. First, elucidate the history of life and the history of science and technology through evidentiary research, using specimens and other resources. Second, we collect and systematically organize our vast collection of specimens, providing a national collection that supports all manners of scientific research. This collection is a priceless heritage, provided for the benefit of people everywhere and as an inheritance for future generations. The benefits of the intellectual and physical resources gained through these research programs and this specimen collection are returned to the public as only the Museum can, by improving the nation's scientific literacy through fascinating exhibits and irreplaceable educational support.

Moldova: The National Museum of Ethnography and Natural History of the Republic of Moldova 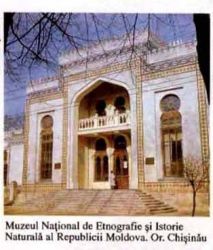 Museum of Ethnography and Nature is the first Moldavian museum. It was founded in 1889 by baron Steward (first, it was called "Zoological, Agricultural, and Handicraft Museum of Basarabia") and during the 20th century it used to be the laboratory for the local scientists: F. Ostermann, S. Miller, F. Porouchik, I. Sukhov, B. Taraboukhin, M. Pocoara and others. Building of the Museum was constructed in 1905, and its Oriental style is unique in Moldova. For the years Museum has been maintaining two basic directions of its scientific effort: ethnology and natural history. Now it is famous for its geological, paleontological, zoological, entomological,
archaeological, ethnographical and numismatic collections. Among the thousand of Museum's exhibits there is set up the entire Dinoterium Gigantisimus skeleton, as well as the famous archaeological treasures, Bessarabian carpets of the 19th century etc. Museum's collections are periodically exhibited in the museums of
Europe, America, Asia and Africa as the cultural heritage of the Republic of Moldova