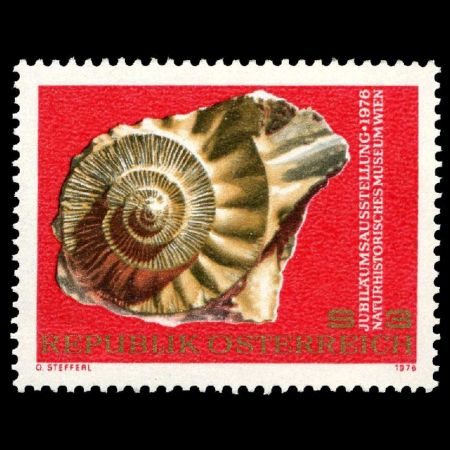 The basis of the collection was formed by a selection of minerals and shells belonging to the Florentine Baillou which was bought by Emperor Franz I in1748. Some 30.000 items contained in this collaction constituted the first natural history collection of the Vienna Court. Right from the begining the collection was arranged extremely scientifically and systematically. It was later transfered to the state by Empress Maria Theresa and housed in the court library where it was also open to the public. In 1796 Emperor Franz II added a zoological colection to the existing collection, and this was followed in 1803 by a botanical collection. These resulted in the formation of an amalgamated natural history collection. When under Franz Joseph I the city walls were removed and the Ringstrasse came into being, the two court museums were built on Maria Theresa Platz in Neo-Renaissance style by Semper and Hasenauer in the course of the same building project. They were to have formed part of the imperial forum which had originnaly been planed. The foundation of the Natural History Museum is also connected with the building of these museums in that it was further extended by antropological and prehistorical findings. Among these were finds from the Hallstatt burial field and from the Langobardi graves in Lower Austria, and the Venus of Willendorf is also to be found here. All in all this a museum of great scientific significance, even on an lnternational level. Developing from the collection already described, the Museum today includes sections on mineralogy, petrography, geology and paleontology, botany, zoology, anthropology and prehistory The stamp illustration shows a fossil which is shrouded in mystery, an ammonite. This is relative of the nautilus, possibly a primitive cuttle fish, and its fossilized remains were found and are still found in oceanic deposits of the Mesozoic period. Aristotle found it indefinable and described these fossils as feak of Nature. Since then the ammonite has been the object of scientific research to which Austrian scientists have made a substantial contribution. Even recently particular attention was given to ammonite finds in the Apls and in the Danube basin throughout was used to be the Austrian Monarchy. This research was a decisive factor in the selection of themotive for the jubilee stamp, which illustrates the fossil remains of "virgatoshinetes transilorius OPP". This also a central exhibit in the jubilee exhibition. Nowadays (2011), The Museum of Natural History Vienna is among the largest of its kind and one of the most important museums in Europe. In 39 exhibition halls thousands of objects representing the earth and life sciences convey an impression of the breathtaking diversity of nature. Precious minerals, rare fossils, huge dinosaurs and unique prehistoric findings, such as the famous Venus of Willendorf, are presented on the mezzanine level. The first floor is dedicated to the immense variety of animal life. Behind the scenes collections comprising some 25 million specimens and artefacts are the essential basis for the work of over 60 staff scientists. Their main fields of research cover a wide range of topics from the origins of our solar system and the evolution of animals and plants to human evolution, as well as prehistoric traditions and customs. Guided tours, presentations, and workshops on a variety of themes are offered regularly. These events not only provide insight into interesting and surprising natural phenomena, but also deal with the fascinating results of scientific research.