Here you can see over 1.700 images of commemorative postmarks and meter franking depicting dinosaurs and other prehistoric animals, prehistoric plants, fossils, paleontologists and paleoanthropologists, Natural History Museums as well as some contributors to Paleontology and Paleoanthroplogy science, Charles Darwin for example.


There are many issued Paleontology and Paleoanthropology related postmarks. If you have any cover or postcard with such cancellation not listed here, please share it scan with Admin of this site (600 dpi resolution preferred). 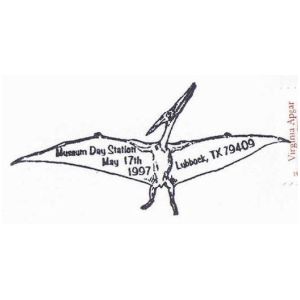 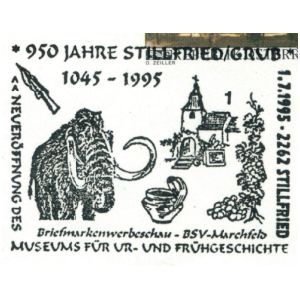 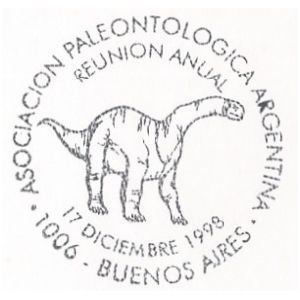 Postmark: "An official mark stamped on a letter or other postal package, giving the place, date, and time of posting, and serving to cancel the postage stamp." (Oxford Dictionaries) Modern postmarks are often applied simultaneously with the stamp killer that marks the postage stamp(s) as having been used. Postmarks may be applied by hand or by machines, using methods such as rollers or inkjets, while digital postmarks are a recent innovation. (Wikipedia).
Commemorative postmarks are usually larger as regular CDS (Circular Date Stamp) and contain an extra image and/or some special text to sign some event of anniversary. Usually commemorative postmarks are round or rectangular, but can be also free form. Sometimes it is split in two parts: regular date postmark and commemorative image or text attached to it.

Meter franking: imprints an amount of postage, functioning as a postage stamp, a cancellation and a dated postmark all in one. The meter stamp serves as proof of payment and eliminates the need for adhesive stamps. A meter franking, distinguished from a postmark, always include a paid rate towards the mailing.
Meter franking made by postage meter or franking machine - mechanical device used to create and apply physical evidence of postage (or franking) to mailed matter. Postage meters are regulated by a country's postal authority.
More info on Wikipedia