(The Geological Survey of Austria)" 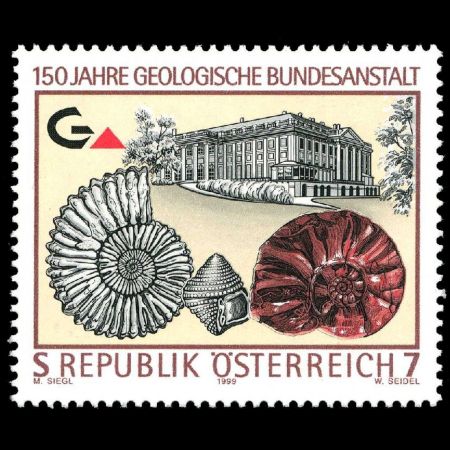 In the beginning of the 1840s the mineral collections of the Royal and Imperial Court for Coinage and Mining was converted into the Royal and Imperial Museum of Coal and Steel through the support of Wilhelm Haidinger. The Imperial Academy of Sciences was founded in 1846. Even in those days a larger institute for the specific research of geologic conditions throughout the empire was already under consideration. The Geological Survey of Austria, founded in November 1849, represents the geo-management of the public sector of Austria. It is a government organization affiliated to the Federal Ministry of Science, Education and Arts. Its activities are based on the National Law of Research of 2000. Presently its staff comprises 45 scientists with university degree, 34 non scientists and a fluctuating number of non-government personnel (around 40).

According to its mandate, the Survey undertakes the following core programmes:

- Geoscientific mapping of the Austrian territory at various scales
- Complementary mission-orientated basic research in biostratigraphy, geochronology and structural geology
- Collection and storage of unique types of rocks, minerals and fossils
- Monitoring the environment
- Administration and management of the most comprehensive geoscientific library of Austria
- Maintenance of related databases and voluminous archives of maps and unpublished reports collected over the past 150 years
- Source of advice and information in Earth Science to the government, local authorities, industry and the public in general

Traditional and applied tasks include such topics as