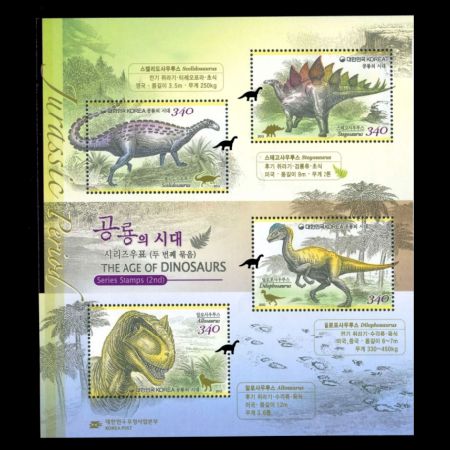 "The Age of Dinosaurs (1st)" issued in 2010, Jurassic dinosaurs of the Mesozoic Era are introduced.As the second installment of the "Age of Dinosaurs Series," Jurassic Period of the Mesozoic Era, which spanned about 50 million years from about 199.6 million years ago to 145.5 million years ago, refers to the period that followed the Triassic Period. In this period, giant reptiles such as dinosaurs thrived on the land, and ammonites, in the sea. In the latter part of the Jurassic Period, birds appeared for the first time, with gymnosperms like cycads and Ginkgo thriving.