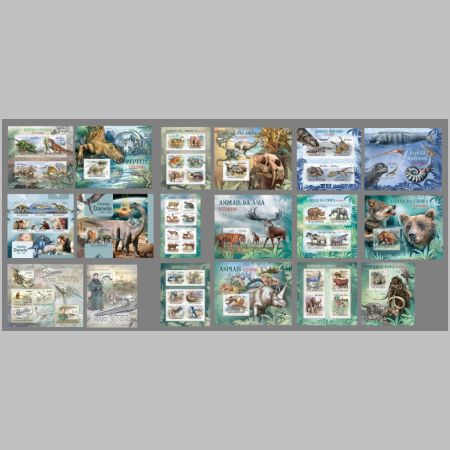 On 30 of April 2012 Post Authority of Mozambique issued more than 40 mini-sheets simultaniously, more than 160 Mini-Sheets issued in whole year, two of them depicting some dinosaurs. On 30.06.2012 some more Mini-Sheets depicting extinct animals and Charles Darwin issued too.

Each mini-sheet is on sale in internet for Euro 6 about.

Just to compare: 58 stamps issued by Germany in whole year 2012. Total face value of this stamps is about Euro 60. Worth to mention - population of Germany is about 4 times more than population of Mozambique.

Hard to believe all of these stamps are required for post uses of the country. You can see the flood of minisheets of Mozambique on PostBeeld or Neofila sites