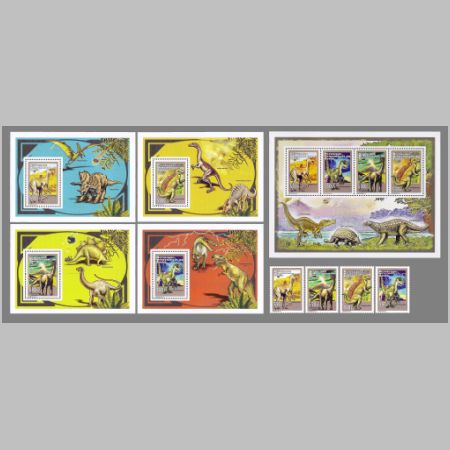 On 9 of June 2012 Post Authority of Congo issued 5 mini-sheets and a set of 4 stamps depicting some dinosaurs. Each stamp has a face value of CDF 550 (Euro 0.50 about). In fact average income pro person (GDP pro capita) in the country is about EURO 270 stamp price of Euro 0.50 to be too expensive to be really use for post pupose.