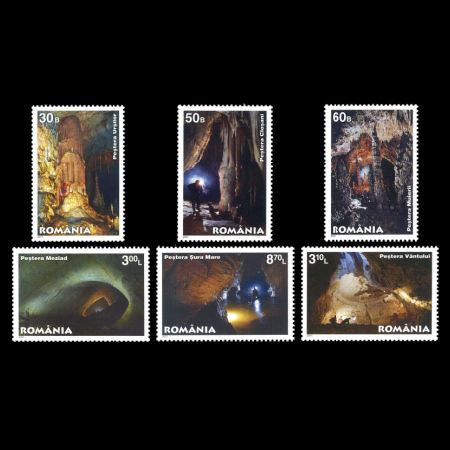 In the crust of the Earth there are numerous underground holes naturally formed, some of them of large sizes, called caves.
The appearance of the caves is the result of the erosion caused by the infiltration of the waters rich in carbon dioxide which dissolved the soluble rocks, especially limestones. These complex systems of galleries, vast and high chambers developed on one or several levels are connected by funnels and pits. In caves, there are often rivers, cascades and lakes as well as mineral formations such as stalactites, stalagmites, columns and curtains that are formed after the precipitation of the calcium carbonate from water. Caves may also appear on the sea shore due to erosion or in volcanic regions during the process of lava solidification.
Romania is in a front-ranking place in terms of caves number - more than 12,000. Romanian caves have been known ever since prehistoric times, but their study began in the 17th century. We must mention that Emil Racovita founded in 1920 the world's first Speleological Institute. In Romania there are several caves which exceed 10 km in lenght: Vantului (over 50 km), Humpleu (40 km), Topolnita (20 km), Hodobana (about 20 km), Ciur Ponor-Toplita (17 km), Izvorul Tausoarelor (16 km), Polovragi (10 km).
The postage stamps issue "Caves from Romania" that Romfilatelia introduces into circulation illustrates Ursilor, Closani, Muierii, Sura Mare, Vantului and Meziad caves.