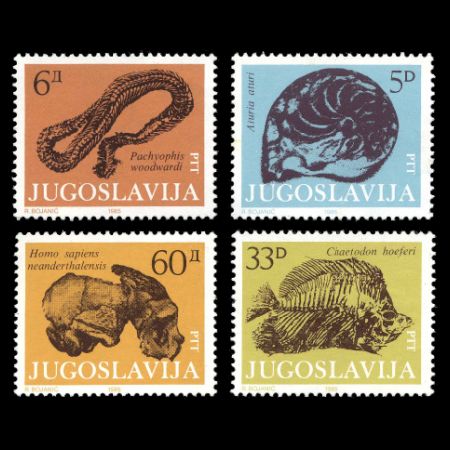 In 1985 the Post of Yugoslavia issued a set of four stamps on which the following fossil are presented: Aturia aturi, Pachyophis woodwardi, Chaetodon hoeferi and Homo sapiens neanderthalensis skull. 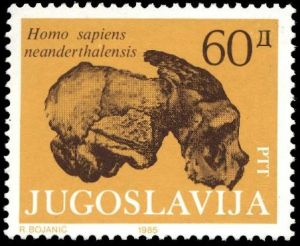 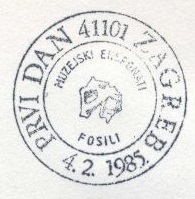 Homo sapiens neanderthalensis.
The remains of Neanderthal man in Yugoslavia were first discovered in 1899 in a semi cave on the Husnjako brdo (=hill) in Krapina (northwest part of Croatia) by Dragutin Gorjanovi6-Kramberger who was a discoverer and the first explorer of this archeological find. In addition to the find of Neanderthal man in Krapina, in northwest Croatia, the following two finds are known in the caves Velika pećina (=cave) on Ravna gora and the Vindija Cave near Donja Voća village. Homo sapiens sapiens was found in the Veternica Cave near Zagreb.

Remains of the Neanderthal man depicting on some stamps of Croatia: 1999, 2012


Acknowledge: Many thanks to Serbian Stamps Shop for help to find an information about these stamps.