Armenia 2017 "Flora and fauna of the ancient world" 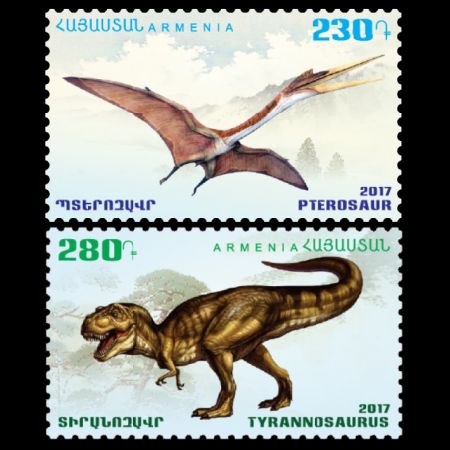 On December 28th, 2017 (initially planned for November 1, 2017) Post Authority of Armenia - Haypost - issued a set of 2 commemorative stamps, shows some prehistoric animals - flying reptile: Pterosaurs and Tyrannosaurus dinosaur.
Even though some dinosaur's fossils found in Armenia, it was not enough to associate it with any particular specie, due this reason "classical" dinosaur and pterosaurus are depicting on the stamps.