Fossils and fossil found places on stamps of Colombia

Contents:
Colombia, officially the Republic of Colombia is a sovereign state largely situated in the northwest of South America, with territories in Central America. The territory of what is now Colombia was originally inhabited by indigenous peoples, including the Muisca, Quimbaya, and the Tairona.
The Spanish set foot on Colombian soil for the first time in 1499 and in the first half of the 16th century initiated a period of conquest and colonization, ultimately creating the New Kingdom of Granada, with Santafé de Bogotá as its capital. Independence from Spain was gained in 1819, but by 1830 the "Gran Colombia" Federation was dissolved. What is now Colombia and Panama emerged as the Republic of New Granada. The new nation experimented with federalism as the Granadine Confederation (1858), and then the United States of Colombia (1863), before the Republic of Colombia was finally declared in 1886.
An American-backed independence movement led to Panama seceding from the Republic of Colombia in 1903. Panama then allowed the U.S. to build the Panama Canal and acquire the Panama Canal Zone. Currently, no paleontology-related issued stamps are known from Panama.
Colombian territory encompasses Amazon rain forest, tropical grassland and both Caribbean and Pacific coastlines. Ecologically, it is one of the world's 17 mega diverse countries, and the most densely biodiverse of these per square kilometer. Colombia is a middle power and a regional actor with the fourth-largest economy in Latin America. [R1]

The first stamp of Colombia was a black 20 centavos revenue stamp issued on 1 September 1858. The central government of the Granadine Confederation, was responsible for inter-state services and all outgoing and incoming mail to and from other countries. For these purposes national postage stamps were issued from 1859, bearing the inscription Confed. Granadina Correos Nacionales.
So far, the only paleontology-related stamp of Colombia was issued in 2018. [R2] 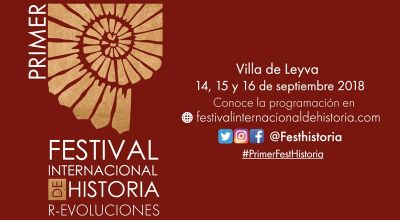 [1] On June 15 2018, Post Authority of Colombia issued a stamp to commemorate - "I International Festival of History R-evolutions (I Festival Internacional de Historia R-evoluciones)" that took place between 14 and 16 September 2018 in Villa de Leyva, Colombia. The stamp shows an ammonite that was selected as symbol of the Festival.
"A spiral that symbolizes growth, because history is a virtuous spiral that allows us to take past experiences to enrich the present and grow towards the future", says the entrepreneur.
Several group of lecturers spoke on topics as varied as the 60s, from the Big Bang to the human being, who was Napoleon, the Colombian urban heritage, the liberation campaign, history through masks, the San José galleon, the Revolution technological, the Mexican Revolution, the history of classical music, among many others. [R3]


Notes:
[A1] The Tatacoa Desert (Deserto de la Tatacoa) that depicting on one of the stamps is the second largest arid zone in Colombia after the Guajira Peninsula. The Tatacoa is not really a desert, but rather a dry tropical forest ecosystem. It occupies 330 square kilometers of land. This semiarid region is located north of Huila Department, 38 km from the city of Neiva in Colombia and 15 km from Natagaima in Tolima. It is a rich deposit of fossils and is a great tourist destination.

La Tatacoa is considered one of the largest vertebrate fossil sites of America, thanks to the evolution of its earth layers and to the conditions that have facilitated the accumulation of specimens that represent prolonged periods, allowing for characterization of chronological units with fauna inherent to the geological evolution of the Cenozoic period. It is the most varied paleontological record for the Miocene and Pleistocene in Colombia and in the continent.
The most recognized fossil sites due to the wealth and importance of the American fauna found there are located in the Cerro Gordo or El Dinde, the basin of La Venta creek and Los Micos or El Cusca.
The special characteristics of this region´s fossil have led to studies carried out by various research institutions in Colombia, the United States and Japan.
The area´s paleontological wealth has been recorded in a publication from the Smithsonian Institution of Washington, totally dedicated to the fossil fauna of La Venta. [R4]