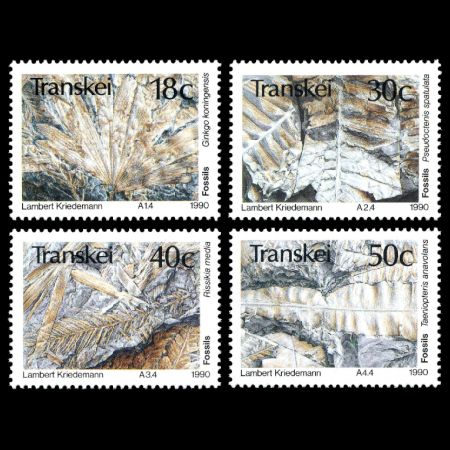 Palaeobotany, the study of fossil plants, is a comparatively young science. lt is based on the discovery that ancient vegetable matter preserved in rocks often includes fragments of plants belonging to genera, orders and even classes which no longer exist. The countryside in Transkei, 200 million years ago, was not hilly as it is today but was part of a vast inland plain far from any coastline and traversed by many meandering rivers bordered by riverine forest belts. Excellently preserved fossil plants of this age occur in the Molteno Formation along the higher western border regions of Transkei. The four fossils illustrated in this set of stamps derive from this geological horizon.