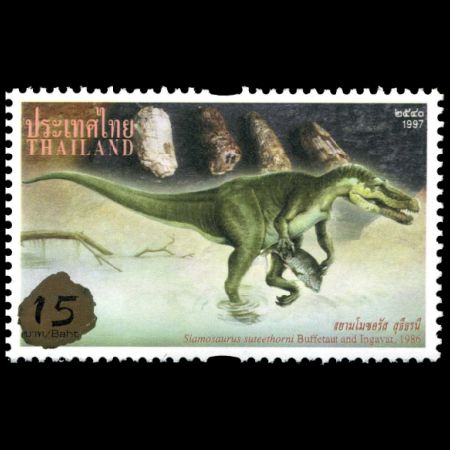 On 28 of August 1997, Post Authority of Thailand issued a set of four stamps shows reconstructions of dinosaurs fossils of which found in Northeastern part of the country. All these animals were alive in the early Cretaceous period, about 100-130 millions years ago.
One stamp of the set, with face value of Baht 6.0, depicting Siamosaurus suteethori, reprinted in 2008, with overprinted value of Baht 15

Siamosaurus suteethorni, was in the Therapods Carnosaur species of the Spinosarus family. They measure about 7 meters in length and alked on two legs. Living on fish.