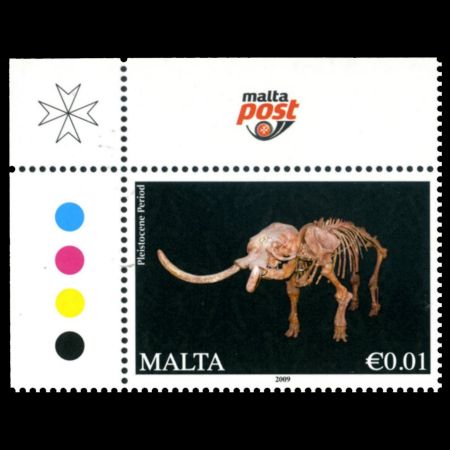 There are only one stamp in the mini sheet with a visible difference compare the stamp from 2011: Logo of Malta Post over stamp from the top-left corner of the mini-sheet is smaller as the logo on printed on mini-sheet from 2011 and the world "post" is written in orange rather than red color (see image below). Another differences are: stamps from 2015 have more black color as stamps from 2011, "Pleistocene Perion" text on stamps from 2015 written closer to edge of the stamps (see image on the right side), bigger distance from edge of the black square to perforation on the top (see image below).

Stamp and Mini-Sheet from 2011 on the left, stamp from 2015 is on the right side (scans made on the scanner and on the same time). 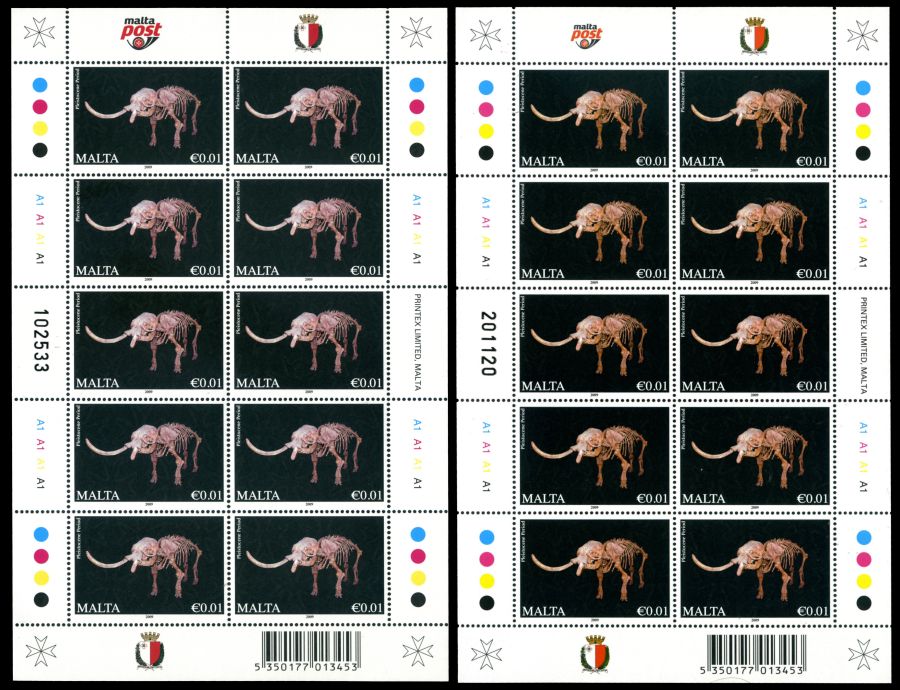 Note: some times ago, wrong image of the stamp published here. The image of the stamp dated by year 2015 provided by fellow collector. Official answer of Malta Post about the stamp is: "Good morning and thank you for your order. Re the Definitive re-print of €0.01, the date at the bottom of each stamp reads 2009. You would know that it is a re-print from the serial number on each sheet. The numbers of re-prints for the €0.01 where from 160001 – 210000, both numbers included. .... I have checked all the sheets that we have in stock, but they all have printed 2009. "