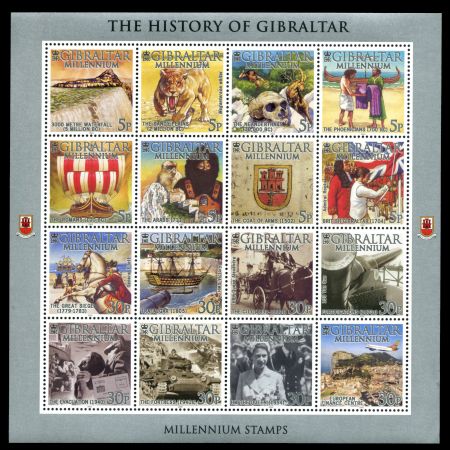 Miniature sheet of 16 stamps depicting the history of Gibraltar going back to 5 Million BC when a huge 3,000m waterfall dumped water from the Atlantic to form the Mediterranean Sea.

Two stamps and two mini sheets are related to Paleontology are: The Sandy Plains (2 million bc), depicting Megantereon whitei and The Neanderthals (30,000 bc).

References: Gibraltar post
Note: This page is incomplete, some info is missing. In case you have the missing info please email to me.