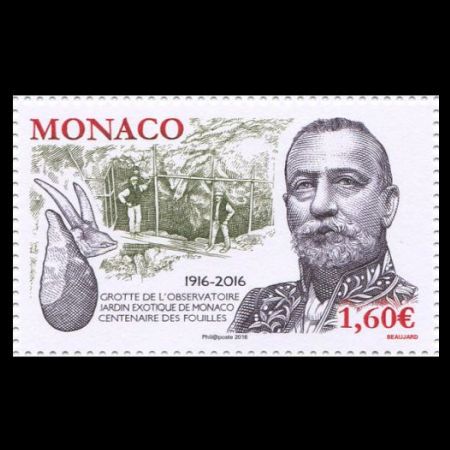 On June 24, 2016 Post of Monaco issued one more stamps of Prince AlbertI. The year 2016 marks the centenary of the first excavations at the Observatory Cave in Monaco’s Exotic Garden. Begun in 1916, these excavations produced a major discovery: evidence of the earliest signs of human occupation in Monaco. Prince Albert I had long been convinced of the great archaeological potential of the site. The excavations revealed successive Palaeolithic occupations dating from 300,000 to 5,000 years ago. This year, the Museum of Prehistoric Anthropology is planning to resume field activities using new methods and techniques of scientific analysis.