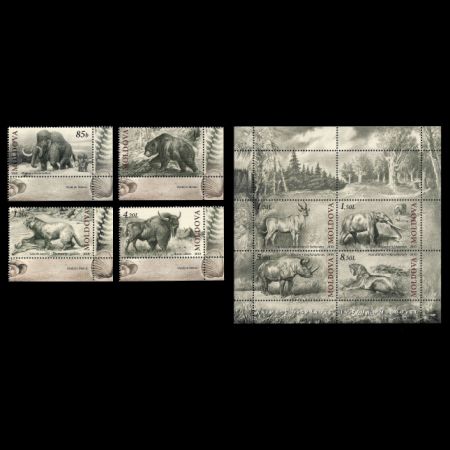 On November 30, 2010, the Moldovan Post issued a set of four single stamps and one souvenir sheet, designed by Vladimir Melnic, devoted to animal species now extinct in Moldova.
The four stamps of the sheet evoke four extinct genera of animals that lived, among others, in this region of Moldova during Prehistory era: Mammuthus, Ursus spelaeus (Cave Bear), Panthera spelaea, Bison
Another four animals depicting on stamps of the Block: Pontoceros, Anancus, Stephanorhinus, Homotherium.