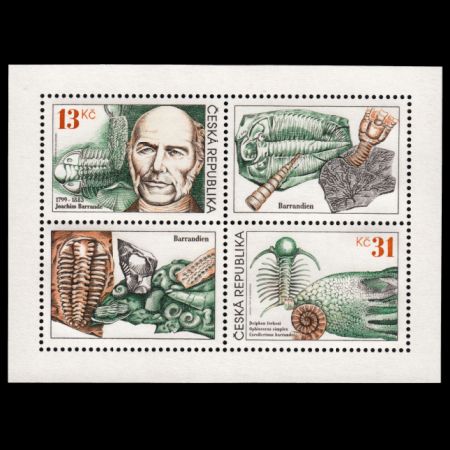 was a French geologist and palaeontologist, his attention was attracted to the fossils from the Lower Palaeozoic rocks of Bohemia (Czech Republic). For ten years (1840-1850) he made a detailed study of these rocks, engaging workmen specially to collect fossils, and in this way he obtained upwards of 3500 species of graptolites, brachiopoda, mollusca, trilobites and fishes.He was a fervent advocate of the theory of the catastrophes (as taught by Georges Cuvier), thus opposing Charles Darwin's theory of evolution. Barrande's book described more than 4,000 fossil species, and it continues to be used as a reference book today.