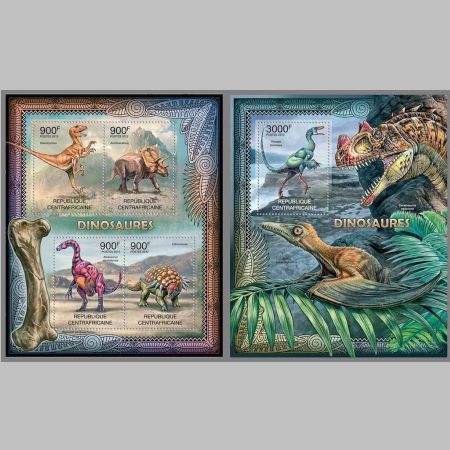 Hard to believe these stamps with face value of F900 (Euro 1.4) - F300(Euro 4.5) can be used for postage at all, in the country with average income of Euro 50 a month. Very likely no one in C.A.R even saw any of these stamps.
It is also a known fact that along the years many Central African Republic stamps were declared "illegal issues" and this probably explains why this country is not participating in the UPU "WADP Numbering System (WNS)" a universal numbering system of the legal issues of the participating countries

You can see the flood of minisheets of C.A.R. on PostBeeld sites