Here is an example about his great work 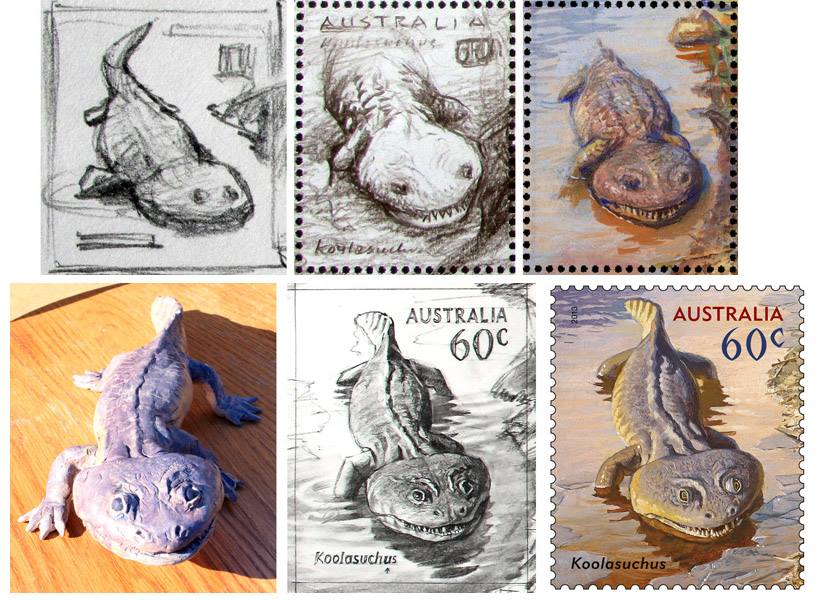 .James Gurney wrote in his blog "Here are six different stages of the development of the new Koolasuchus stamp from Australia Post. The first two are in pencil, drawn from imagination while looking at the fossil diagrams. The third is painted in gouache and colored pencil. When I made the maquette from Sculpey, I understood better how I could give the pose more twist. And I could turn the form in real sunlight to see exactly where the light and shadow divided. The comprehensive layout at center is drawn in charcoal on vellum. This was the map for the final oil painting. "