Evolve - A Beak at Evolution 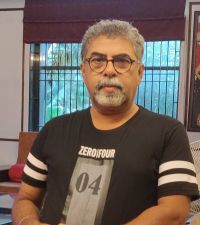 Mr. Vijay Wadhwa says:
"I'm an Indian, a Veteran, a Banker, a naturalist and a philatelist to say the least.
My stamp collection is mostly Topical.
I have a massive collection on Birds / Coins and Banking on Stamps/ Birth of Bangladesh & Mukti Bahini Postal covers.
'Evolve: Evolution of a Beak´ was, a Single Frame, my last write up collection."

The PURPOSE of the exhibit is to give the viewer a feeling of what Charles Darwin thought was a theory that species originated by evolution from other species and that evolution is mainly driven by natural selection.
Scientist believe that there are several factors that led to species into several subspecies; however they often disagree wit one anothe evolution of this other about the importance of each.
The figure below shows that the difference are apparent in the food chosen by the finches and their feeding methods.

The SCOPE- encompasses all aspects Darwin's Theory of evolution by natural selection, among Finches at Galapagos Island and factors that led to the changes include geographical and ecological isolation, change in the environment and competition for resources.
For example, if a slender beak made it easier to eat food in a dry Year, then birds With this type of beak would survive and reproduce, giving birth to finches With the same characteristics.